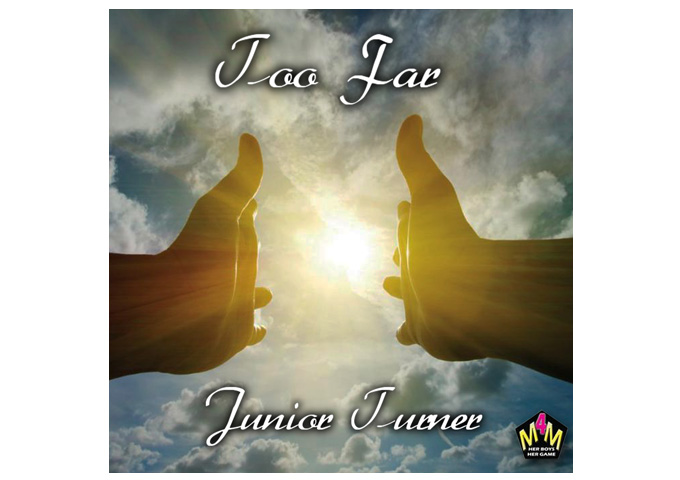 After a nearly two-year hiatus, the UK award-winning pop singer-songwriter, Junior Turner is back with a brand new single, entitled “Too Far” – A song written in support of the Margaret Charity Football Match and in memory of the late Margaret Stewart. Two causes that are destined to benefit from the record sales are Help Save Frankie Sherwood and the Wansbeck Palliative Care Unit. I am always inevitably impressed with the talent and tenacity of Junior Turner when he brings a new release to the table, but when he brings a soaring, heartfelt ballad all the adjectives just want to roll-out one after the other.

This release once again, shows the breadth of his talent. “Too Far” boasts an impressive range and swings for the fences with a bejeweled bat. The track manages to surprise while showcasing its secret weapon: Turner’s voice, which has become even stronger and more expressive, especially when he explores the darker, deeper and softer shades of his register. It’s always exciting to see an artist whose talent is as strong as his vision, and Junior Turner seems reborn on this record.

Junior Turner presence in independent pop music remains significant. He is able to sing for the rafters, aiming for the highest notes, formed into the broadest phrases, and pushed by all the wind his lungs will carry. While at the same time Turner’s rich timbre and down-to-earth character make his grand arcs on “Too Far” a joy to hear.

He has great volume but always under control, and plenty of vocal body, blended with roundness and richness to his tone. There are no hard angles anywhere in his delivery, which perfectly matches the song’s heartrending lyrics and overall theme.

Ready or not, Junior Turner is kicking down the door. He’s not just coming back in after a period reflection, he’s actually claiming a seat at the head of the table and you will be served. Every so often an artist makes a recording that brims over with not so much confidence as the feeling that he has left absolutely nothing on the studio floor.

Be it because of the song’s intent or Turner’s period away from the music arena, but this is one of those efforts. It feels like every bit of Turner’s heart, soul, and ambition went into its creation. Such efforts can often be a mess of too much of everything, and restraint has been Junior Turner’s strongest suit here, as the only element with an uncontrollable tendency towards excess on this entire recording…is his talent.