LATEST NEWS
GMT+2 14:42 PM
Home Reviews Voice In The Attic: “Over” – voice and music melt together like butter on a muffin 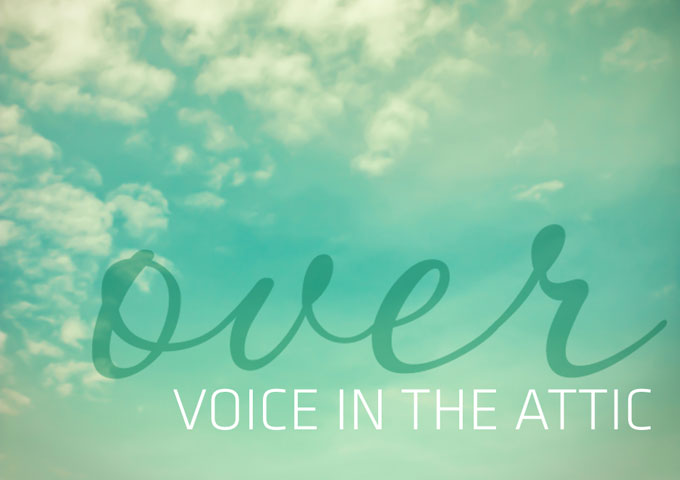 Voice In The Attic: “Over” – voice and music melt together like butter on a muffin

Initially as an adolescent BC Bogey was the lead singer and main songwriter in a heavy metal band named Moshington D.C. and subsequently various other bands. At a later stage BC was admitted, under the alias of Chris Boge, into the Robert Schumann Hochschule, a prestigious conservatory in Düsseldorf, Germany. However, BC always had his own musical visions so he dropped out, teaming up with multi-instrumentalist and producer Wilfried Pechtheyden. Together, they formed TIDE. Thereafter BC began studying philosophy, geography, English literature and culture, graduating with honours from Cologne University, where he accepted a teaching position in 2007.

“I like music that’s organic,” Bogey says. “In this quantized ‘hyper-real’ day and age, when recording I frequently pick those takes that sound less perfect, but preserve the original vibe. It’s what I call the ‘humanizing approach’.

“Over” is the first single release from the forthcoming album After Songdown recorded with BC’s current project, Voice In The Attic.  Together with musicians and engineers from Cologne and Los Angeles BC is feverishly working on the 14-track After Songdown (worldwide release Fall 2015), which will be mastered by Bernie Grundman.

With his smoky baritone voice and cool, mellow delivery, BC Bogey puts together a dark atmospheric and thought-provoking track with “Over”, which discusses what the values of life…and afterlife may mean to us. It is a simple yet stunning commentary on society. BC’s imagery and use of symbolism to convey his thoughts is nothing short of genius here. But ultimately it’s his voice that commands, mesmerizes and captivates your senses.

It is really hard to resist the vocals which are deep, effortless and very close to your ear within the mix. Many artists have messages to convey and social commentary to give, but BC Bogey also has a sensitive musical talent and a better delivery than most.

Voice In The Attic’s musical art inhabits a land where authenticity is the cardinal virtue and ostentation its opposing evil. Within that land, BC’s expressive preternatural voice and his persuasive lyrics eloquently narrate life with a larger hope and a bigger view of metaphysical events linked to death.

On “Over” BC displays the innate ability to write and compose an all-enveloping song from a single thought or theme. His voice and the simple acoustic-driven music seem to melt together like butter on a muffin. “Over” will no doubt hit you square in the heart!