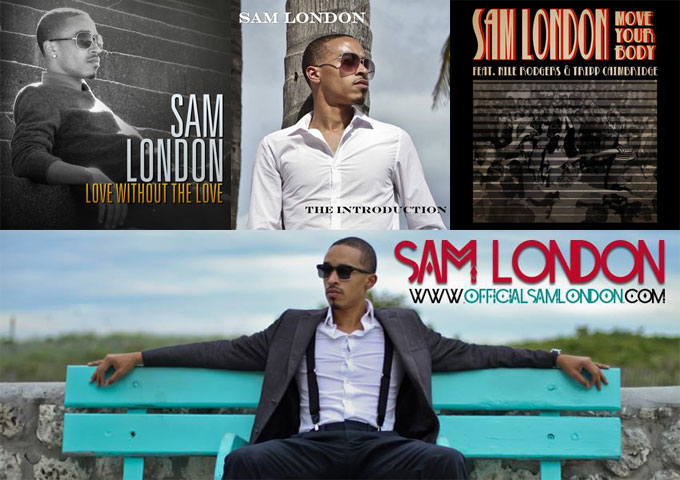 Sam London’s voice enchants the very words that he brings to fullness.

SAM LONDON, born Jared Samuel Erskine, is a Multi-Genre singer songwriter and producer from South Bend, Indiana. A natural tune-smith, Sam possesses an R&B-drenched honey-toned tenor, but he is also an artist who can create unique Pop, Country, Acoustic, Soul, & Adult Contemporary sounds that are one of a kind. London’s ability to craft infectious, universal melodies has led him to work with some of the biggest names in the music business including Enrique Iglesias, Flo-rida, Pitt-Bull, Nile Rodgers, Jagged Edge, and many more.

Since his single “Love Without The Love”, released in early 2013, Sam London has been on the grind, moving his career forward. That same year he completed two more singles, “Sugarfree” and  “Waiting For You (Xmas)”. Sam then closed the year down with his critically acclaimed 4-track “Introduction Ep”.

Earlier this year, Sam dropped the superb dance pop track –“Move Your Body (feat. Nile Rodgers & Tripp Caimbridge)”, which was also featured on NBC’s Mysteries of Laura with Debra Messing – proving yet again that he is only just starting out, to unleash his unlimited ocean of talent. If you are looking for music to make you want to dance and move your hips, this is the ONE!

This single really resembles the kind of effort that a young talented man like Sam London can be capable of accomplishing. I really admire this kind of work from him. “Move Your Body (feat. Nile Rodgers & Tripp Caimbridge)” has to be one of the most invigoratingly fresh and exciting dance-orientated songs of the year!

This track combines sounds of old school disco (of which Nile Rodgers was an absolute master), pop, dance, a funky bass line and even some subtle hip-hop undertones. It’s the perfect mix of uplifting and energetic sounds. And Sam’s voice makes the song sound so classic, so cool and timeless, separating him from most other artists currently treading this genre, in every way possible.

This track could comfortably fit as far back as the Seventies when “Disco Inferno” by The Trammps ruled the airwaves and dance-floors – as much as it could settle itself beside Maroon 5 or John Legend, on any Billboard Top 100 chart right now!

Sam London’s voice enchants the very words that he brings to fullness. You’ll find yourself lost in fantasy; filled with energy and tranquility at the same time. It’s like riding your motorcycle against the freshest of breezes on a hot summer’s day.

Armed with charisma, a charming voice and more hooks than a fishing tackle box, in any one of his songs, Sam London is predestined for success. He sounds like nothing you’ve heard in a long time!