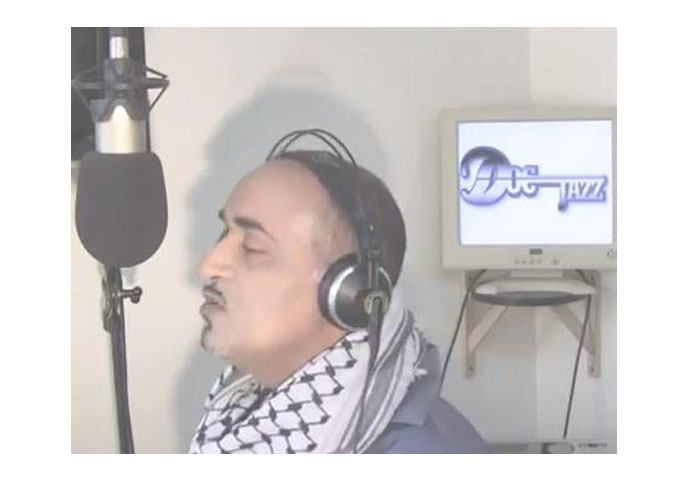 Doc Jazz is a Palestinian doctor who was born in the Netherlands. The entirely self-taught musician and multi-instrumentalist is actually a surgeon by profession that has a passion for music – and for his homeland, Palestine. Doc Jazz’s songs, contain firm protests against the injustices perpetrated upon the Palestinians, and against other social or political mishaps around the world. Before moving from the Netherlands to the Middle East, he was also known there for his advocacy for the Palestinian cause as spokesman of the board of the Palestinian Community in the Netherlands (PGN), and through public appearances, articles and interviews on radio, television and in newspapers.

The album “Front Door Key” is a tribute to the Palestinian people’s right to return. To the Palestinians, this struggle is symbolized by the front door keys of their original homes in Palestine that they were expelled from. These keys are passed on from generation to generation as a promise of return.

“Front Door Key” was produced by African American singer/producer Forrest Thomas and recorded and released in the Netherlands. It is a simple but powerful body of work that captures the human emotions of love, anger, sadness, fear, regret, and hope.

Doc Jazz writes honest, emotional and insightful lyrics. The album covers his insight into the story of a nation desperately hanging onto one constantly recurring ‘dream’ ( being a simple music magazine, I specifically use the word ‘dream’, to avoid any political speculation), while everyone and all that surrounds them, appear to be ruthlessly attempting to suppress that ‘dream’. “Front Door Key” is a snapshot of the soul and mind of one man dedicated to describing that ‘dream’ to the world.

We all know that the fundamental human principles that Doc Jazz is writing about is not only what’s in his heart, but what should be buried inside all of our hearts too. But this region that has a long and tumultuous history as a crossroads for religion, culture, commerce, and politics has never really been understood by most of us outside of those confines. Doc Jazz, with the release of “Front Door Key”, attempts to take us one step closer to this troubled land, through the jazz-fusion-funk-pop rhythms and lyrics of the twelve tracks contained within the album.

Lyrically it’s an incredibly honest album, achingly so at times. Musically it is well-crafted and filled with juicy, tangy and spicy melodies, rhymes and rhythms, allowing the listener to be gifted with the ken of Doc Jazz’s unique, insightful ministrations to passion and pain. All dished up in a positive and uplifting summery selection to savor under the pondering blossoms of an inquisitive mind.

The intelligent wit, wisdom, and biting commentary are all here in this album.Doc Jazz doesn’t sell us music. He bewitches us, as he somehow tunes us in to the very songs our own hearts and minds have been desperately trying to be acquainted with over time.

If you simply have a great respect and appreciation for dedicated and devoted musicians with a social conscience, you will find “Front Door Key”,  by Doc Jazz, to at least match, if not surpass your expectations!