Mixing dark hardcore imagery and lyrical content with Rap and Hip-hop has got to be one of the weirdest musical ideas, but there are always artists willing to push the envelope further, and Dark Matter is no exception. First off, you cannot deny Dark Matter’s ability as a lyricist. He is simply amazing at rhyming and has a vast albeit macabre vocabulary. His style and content are truly his own, flowing with dark wit and unabashed social commentary.

With the release of Fur Fur My God , Dark Matter reveals himself to be more than an underground hardcore “death” rapper like so many of his genres colleagues. His infectious beats, his smooth voice and stellar lyrics combine to create an album that goes beyond the banality of today’s radio rap and brings rap back to a level which it originates from: the spoken word.

This is a powerful album that, as I said, returns rap to the art form of free expression, from which it originated.  Dark Matter steers it away from the banal booty or bling bling music it’s become associated with. Instead he drags it through an ice cold cemetery on a dark an eerie night.

Open your mind and check out the 8 tracks that make up Fur Fur My God. It’s intense, death-filled, and horrific but wonderful rap and art.

Dark Matter has got a psyche full of spitting dark, sociopathic and psychopathic verses to keep the songs interesting while they’re being perfectly executed. This album represents the antithesis of everything that currently sucks about hip-hop: it’s creative, it’s graphic, it’s honest, and it’s intelligent.

Dark Matter goes hard on this one, while his lyrics are top notch and very personal. This is a bad ass album with bone-chilling beats. Sure, this music isn’t for everybody, it’s an acquired taste, but there is nothing else like it. Some of the better tracks include: Dashed Memories ft Sleepy , Earth is a Panopticon , Entranced by Suicide and Hope Found in Death ft. Jak Tripper.

These tracks will literally send you into a mental abyss. And the lyrics will back up the dark beats with gritty, and vicious ventures. Turn out the lights in your bedroom and listen to Fur Fur My God over and over again, because it delivers a psychical high of extreme proportions.

Overall this album is hot and you shouldn’t sleep on it if you’re a true hardcore rap head. This is an album not to be missed by anyone who is serious about rap, spoken word, or music in general. 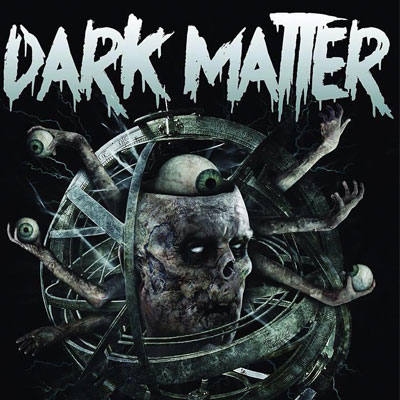