LATEST NEWS
GMT+2 13:57 PM
Home Reviews ALMOST AWAKE: “What Did I Do” comes out rocking and immediately draws you in without relent! 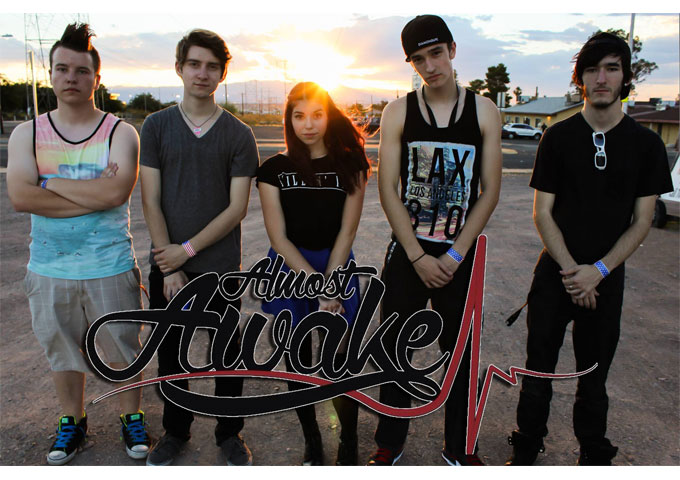 ALMOST AWAKE: “What Did I Do” comes out rocking and immediately draws you in without relent!

ALMOST AWAKE is an original alt-rock band from Las Vegas consisting of Vick Liano – vocals and guitar, Grady Jones – lead guitar, Gabe Conover – drums, Addison Egelhoff – rhythm guitar and Tommy Cochran – Bass. The band, which has garnered a huge following in a very short time and rave reviews from critics, has already released their debut 9-track EP, entitled “The Explorer” as well as having produced several popular videos, including their version of 5 Seconds of Summer’s “Long Way Home”. 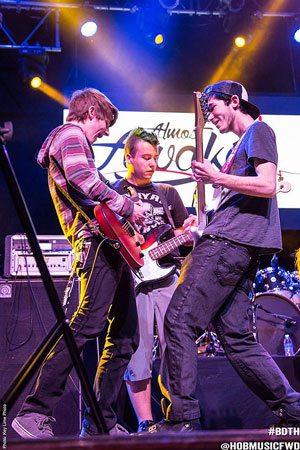 Moreover ALMOST AWAKE was chosen from thousands of bands to represent the House of Blues Music Forward foundation, and more recently the band did a short story video for their song, “The Intruder”, and has been receiving critical acclaim for their latest single, “What Did I Do”.

In an era of studio-contrived auto-tuned pop stars and other garbage, it’s so wonderfully refreshing to finally hear a new young band like ALMOST AWAKE who actually play their own instruments and write their own songs. It immediately caught my ear the first time I heard “What Did I Do”.

There is just something enticing about witnessing a band during the initial stages of their musical careers, especially when they have all the trimmings to be the next big thing. And trust me, ALMOST AWAKE, are working towards being just that. They deliver catchy, pop and rock driven tunes with smart, well written lyrics. Their songs structures and arrangements are sophisticated, intelligent, and interesting. 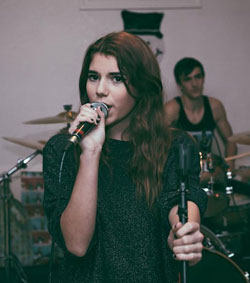 There’s a nice blend of energy and sing-along melody. Yet they still maintain that naïve rawness essential to any alternative rock band. It’s a much more developed sound than one might expect from any young band, but ALMOST AWAKE are particularly surprising considering the youth of the musicians.

What also sets this band apart from the others, though, is the female vocalist. Vick Liano’s voice is very mature and she knows how to use it well. It’s hard to pin down what her influences might be, as there are many, but her sound is her own.

Although ALMOST AWAKE would more than likely get a positive review even with someone else up front, Liano’s vocals put this band ahead of a rather large pack of male dominated bands in this genre. Grady Jones’ lead guitar does the rest, to assure that this band is taken seriously musically.

In “What Did I Do”, ALMOST AWAKE come out rocking and immediately draw you in without relent. Everything just hits at once, the vocals, music and the passion. Lyrically, the track is a raw, open and honest. The song itself is a big leap ahead, with great guitar riffs and lead solo, from Addison and Grady respectively, strong bass lines from Tommy and Gabe’s incredible talents on the drums.

ALMOST AWAKE is simply an irresistible rock band. Seriously a force to be reckoned with and the fact that they are so young – all members fall somewhere between 16 and 19 years of age – make them even more incredible.

Every element within ALMOST AWAKE, just melds so nicely with each other. “What Did I Do”, shows that the band not only is here to stay, for very, very long time, but keeps getting better and better with each release too!