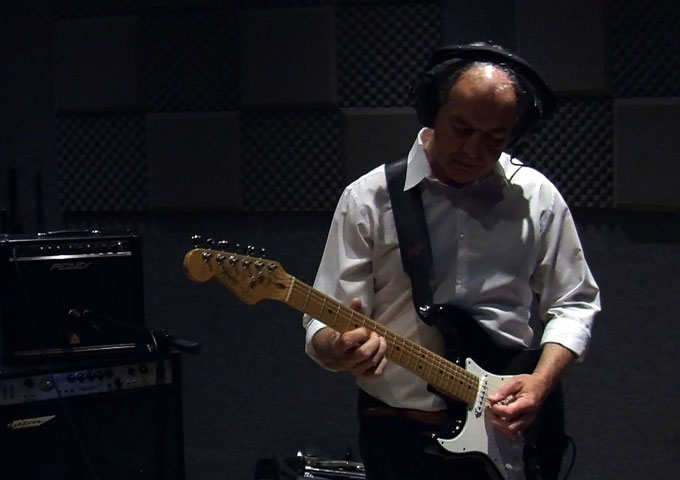 Phillip Foxley: “I’ll try ’till I die” displays the broadness of his talents!

Phillip Foxley is a songwriter/guitarist from the UK. He first picked up a guitar in the 1970s, playing clubs and bars. Over time, he found himself in studio sessions, house bands, and writing music for TV and film soundtracks. In November 2011, after a long hiatus, Phillip began writing new songs and setting up a basic home studio to record them. He soon released his first solo EP “One Song Is All You Need”; a collection of tracks spanning the artist’s favorite original compositions over the years. 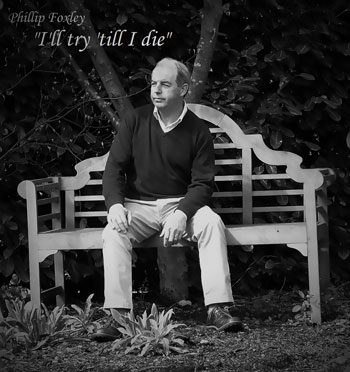 Now in 2015 Phillip Foxley has finally completed and released his debut full-length album, entitled “I’ll try ’till I die”. The first thing I remember about Phillip’s previous Ep, is that he was not particularly happy with the vocals which he himself handled at the time. Phillip quite rightly considers himself a songwriter and a guitarist. So I was not at all surprised when I hit the first track on the album, “I Don’t Want To Go”, and discovered that I did not recognize the voice singing the song.

A quick browse through the album credits confirmed that the vocals were performed by Nachum Peterseil. In fact 6 of the 9 vocal tracks are performed by different singers, both male and female. The remaining songs are all instrumental, in true Foxley vein.

“I’ll try ’till I die” proves to be a more than worthy sequel to the magic spun by Phillip Foxley on “One Song Is All You Need”. His brand of blues-based rock has now become mainstream and varied enough to bridge the generation gap. Foxley exhibits his versatility by melding with a very diverse array of musical and singing talent, as featured on this album. I never thought I’d hear a cut featuring Foxley’s guitar and a saxophone, as on, “Straight From The Heart”, featuring Francisco Benitez, but the combination definitely works. Neither did I think I would hear a song like “Promises” ( piano version) on a Foxley album, but its here. Quite frankly there are a whole lot of things I didn’t think were part of Foxley’s personal bag of tricks that are absolutely present on this album! Firstly you can’t box “I’ll try ’till I die” into any genre, as the tracks on it spill over the most disparate musical boundaries. Foxley embraces all musical forms and chooses not to force himself into a category on this album. Each song is uniquely surprising in its own way as Phillip Foxley is able to bring out the best in his guest vocalists with his professional caliber and the heavenly chords of his magical guitar.

The songs which work the best depend mostly on your own personal taste. Without breaking down each of the 18 tracks (it would probably be quicker to listen than to have them explained to you!) – My favorite vocal tracks are “The Place”, “Seize The Day”, “I Don’t Mind” and “Promises (acoustic version)”.

And though at first it appeared to me that Phillip Foxley had lost his rock-blues identity since the release of “One Song Is All You Need”, after a few more listens to this new album, I came to realize that the music here reflects his growth as an individual and displays the broadness of his talents. The fact that I preferred him in his old rocker vest, was more an egotistical sentiment on my behalf, rather than an objective critique.

The truth is, fans of different genres will find their ears enjoying the many sounds on this release, as Foxley has a way of bringing all the diverse influences together to make one unified terrific sound. “I’ll try ’till I die” is Phillip Foxley exploring the core artistry of his talent, and touching all the corners of his musical soul!