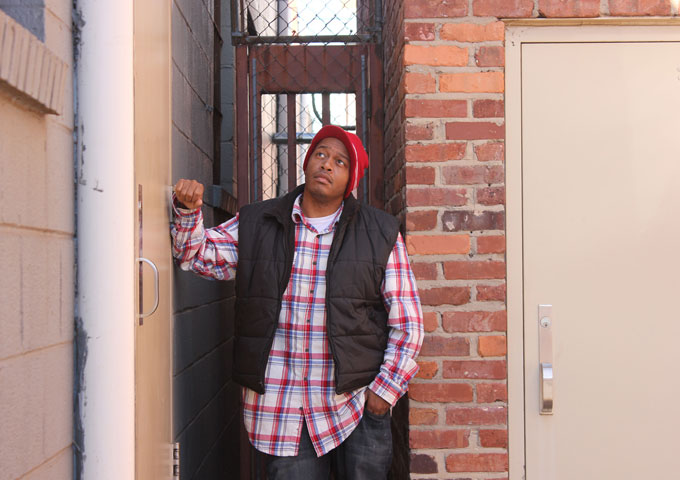 JonBlaQ: “Hell or HighWater” – a pure sign of a great storyteller

JonBlaQ is a songwriter of Hip-hop, Gospel and R&B extraction, born in Brooklyn, New York but raised in Winston-Salem,N.C. JonBlaQ cites artists from Big Daddy Kane to Tupac, Commission, New Edition, Nas and Biggie Smalls as musical influences. He has been writing, performing and recording music since middle school, and has had the opportunity to open shows for some of Hip-Hop top acts like Biggie Smalls, Junior Mafia, and The Boot Camp Click, to name a few. Alongside his wife Mz Nokz, an emcee in her own right, they’ve also started OnOurGame Ent.

Basically JonBlaQ has done it again, proven that he is on top of the game. His lyrical skills are awesome. He is one of a handful of artists that even if you don’t like their style or music, you cannot deny their talent. The tracks on “Hell or HighWater” are fifteen showstoppers.  People can get caught up in beats which is fine because the beats here are straight fire, but it is the urban poetry that captures the ear as JonBlaQ uses words and meanings one can easily comprehend. All wrapped up in his slip sliding flow, the rhymes generate food for the mind.

JonBlaQ is creative and versatile as they come. In this day and time you don’t get that from a lot of rappers, and if you did they are not this good. JonBlaQ can do it all and still keep it real. His verses make you feel you are next to him and part of the story. Through his verses you can sense and visualize the actions being taken which is a pure sign of a great storyteller. This album has a little something for whatever type of Hiphop fan you are.

Some of the songs are fire and hard, some are laid back and have more of a story and some are real deep. But they’re all so good you can just press play and roll with it from beginning to end. My personal top 5 of the bunch would most likely be: Sleep Walkn produced by: Baby Boy Clark, Hide & Seek produced by: Watkins Da General, Could it Be produced by: Bob Da Wizard,  Realize produced by : Sean Hunter and More produced by: DJ J Lone.

JonBlaQ should receive the kind of respect that true rap wordsmiths continually target for themselves and it all boils down to his lyrics. His insights and observations can be read from his lyrics sheet as pure prose. And when backed by the sonic collages of master producers, the combustion formula is set to ignite.

“Hell or HighWater” just kills almost anything else coming out right now. The lyrics are excellent, and so are the beats. If you need to get a hip-hop album today you got to choose this one, it would be criminal not to. JonBlaQ represents the true essence of hip-hop, not the imitation stuff on your local radio station!