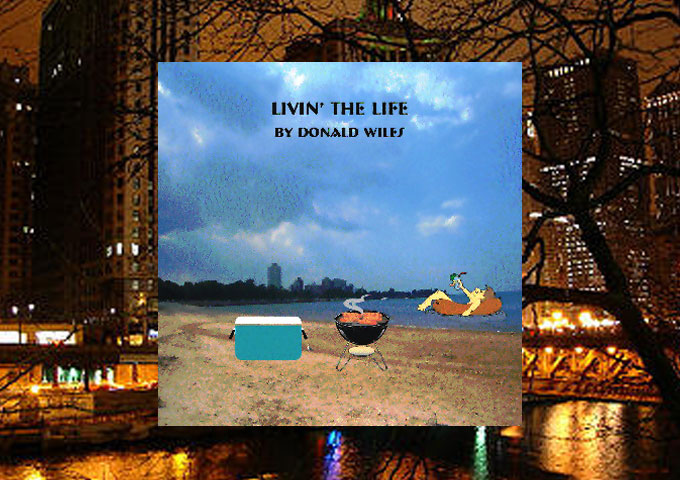 Donald Wiles: “Livin The Life” is deceptively simple yet imaginative!

After attending The Columbia School of Broadcasting, Donald Wiles accompanied artists such as Albertina Walker, James Cleveland, Little Richard, and Vicki Winan on keyboards. Donald is currently on the roster at the Wood ‘n’ Nickle Productions & Publishing Company, a Record Label operating in Chicago dedicated to producing ‘Music For The Mature Listener’.

One of Donald Wiles’ tracks currently doing the rounds is, “Livin The Life”, where Donald handles the Grand Piano and Hammond B3 Organ. As far as grooving, piano and B3 jazz goes, you really can’t do better than this. Donald has a heavy, booting swing and the chunky basslines propel the music along. Donald’s organ playing is beautiful here — very subtle and tasteful. And as far as I’m concerned, his grand piano work is lifted to deity status by his playing on this smooth jazz session.

If you’re jaded with the traditional organ-drums-guitar formation, check this out because the saxophone truly adds a uniquely elegant and amazingly powerful dimension to track’s already great sound. “Livin The Life” will put a smile on your face and make your head bounce!

Donald Wiles’ playing is smooth and laidback, but not in a lazy way. It’s cool, calm, and collected, but at the same time, Wiles accents the entire thing with a heavy dose of straight-up groove. Wiles’ ability to play in a style that’s both laid back, swinging and boppin’ at the same time, really stands out.  If you consider yourself a Jazz organ fan, this track is definitely worth listening to, and if you a play any keyboards, heck… you better study it. Donald Wiles’ playing, incidentally is deceptively simple yet imaginative.  For me this is cocktail jazz, the kind of music you listen to when you’re through the first couple of hours of a nice evening, and the drinks are just beginning to kick. Five stars.