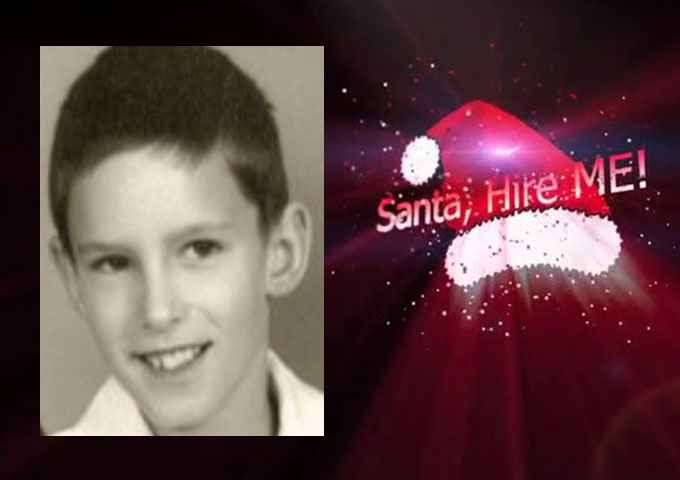 ANDY RAWN: “SANTA, HIRE ME !” -Anticipating Xmas with a Song for all Ages!

Basso ANDY RAWN studied opera at L.A. Conservatory of Music, Cal. State Northridge & U.C.L.A, and then began his vocal career by winning an audition to tour 37 U.S. States & Canada as Mephistopheles in Gounod’s Faust, under the auspices of Colombia Artists. ANDY RAWN studied voice with two Super-Stars of the Metropolitan Opera: Baritone RICHARD BONELLI and Tenor FRANCO CORELLI.  BARBRA STREISAND’s Publicist DICK GUTTMAN consulted with ANDY in 2012 re: an opportunity to “Re-Unite Families” by enticing their children to attend American Songbook Tribute Concerts.

ANDY is the acting Director of a new SONGS OF MANY LANDS Recital Series which brought Peru’s Tenor JOHN SCHOFIELD to L.A. for a triumph singing together in October 2013.  ANDY RAWN has now anticipated just about everyone in the business by at least one month, putting together his original Christmas and Holiday song, “SANTA, HIRE ME !”

Every year about 1 month from today, I find myself looking to see if anyone’s coming out with a new Christmas song or album. Now, I probably have every great Christmas song recorded, and by many different artists, but it’s always fun when someone like ANDY RAWN comes along with their interpretations of how this should be done, instead of flogging the old Jingle Bells or White Christmas themes to death.

ANDY has a very nice rich voice, and his approach to the spirit of Christmas is spot on. Surrounded by great musicians, he’s created a song to be enjoyed for many Christmases to come.

“SANTA, HIRE ME !” is wonderful in that it brings back the simple magic of the Christmas spirit through sounds that got lost somewhere after the 50’s and 60’s. The feeling and atmosphere is constructed around the melody in ANDY’s voice, as opposed to how Christmas songs are built around huge layers of musical instrumentation and banging percussion today. For me this is the key to why ANDY’s song so beautifully captures the Christmas spirit.

Everybody knows a turkey and some mistletoe help to make the season bright, but the thing that makes any season brighter is arguably a great holiday song to grace the human ear. Primarily aimed at children of all ages, the release itself is a perfect balance of a fun and upbeat ditty and a tenderly sung treasure, thanks to ANDY’s golden voice.

If you don’t care for any of the modern day artists rocking and popping up traditional Christmas songs, or if you’re just plain tired of the old time traditional classics which you grew up listening to. Grab a listen to “SANTA, HIRE ME !”,  its brand new, but with a welcoming traditional touch, and ANDY RAWN’s voice is so easy to listen to, it will warm your heart!

For more info, for an interview, to purchase sheet music, for an on-air live-performance or any music-biz request contact: andyrawn@yahoo dot com or telephone 310 459-2326.