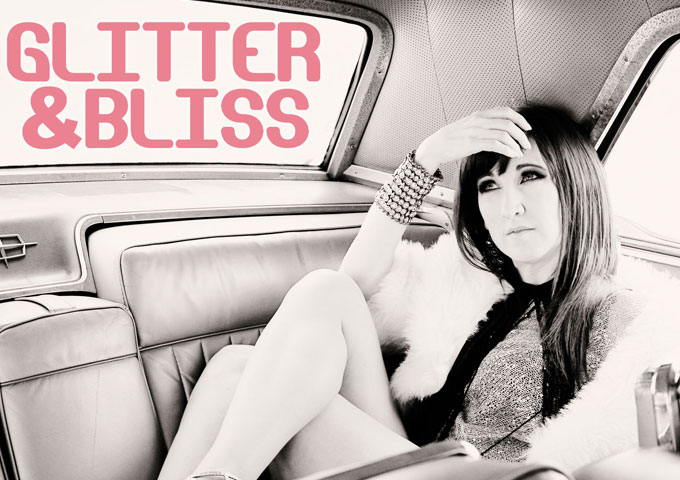 Worldwide Groove Corporation, Nashville’s electronic music power duo, made up of Kurt Goebel and Ellen Tift committed to putting out one new music release a month for at least a year.  Starting the clock in July 2014, WGC began the festivities by releasing two singles at once.  The smooth electro-funk of “Glitter & Bliss” is the duo’s 7th monthly release and as usual it is the closest thing to perfect. WGC fuses chill-out and electro-pop with a pinch of soul, and a double dose of funk which makes a formula that is rich in melody and rhythm.  Ellen Tift’s voice is almost surreal in its beauty and range -sometimes a light, airy and seemingly effortless expression; other times a piercing, forceful cadence that seems to serve a cathartic purpose, and certainly demands attention.

There is an emotional resonance in Worldwide Groove Corporation’s music that is lacking in almost all electronic music these days. Certainly the Wurlitzer and guitar tracks and an organic feel, but there is more to this than meets the ear. The sound is cool and relaxing, soothing and warm, sensual and dreamy, yet still funky.

“Glitter & Bliss” is so seductive and the chord structures are so perfect, that I can’t quit listening to it.  Kurt and Ellen have very progressive ideas in that they also release the stems of their recorded music granting others the opportunity to remix their songs. This allows the duo to remain open-minded and willing to create new and interesting songs that can be enjoyed on various levels – from the simple listener to budding music mixer. The result is an amazing range of sounds throughout all of their releases. Every song is of an exceptionally high quality production-wise and they have no “filler” tracks that you may have come to expect with run of the mill electronic bands from time to time.

Worldwide Groove Corporation’s music, style, and approach to songwriting and sound production is groundbreaking, a soulful mind-stream of aural ambrosia. The lyrics are articulate yet ambiguous, but always very personal and appealing to the heart:

“So I’m trying to remember
all the reasons that I loved you,
and it’s tragic how I fell
I was naive and got tempted,
but your love was only rented
first you give, and then you sell

I think “Glitter & Bliss” is a great track. It falls pretty much in line with their other work, and that’s a damn good thing! I also like how Kurt and Ellen manage to keep their distinctive atmospheric sound without becoming predictable or tedious. For fans of soothing, soulful, interesting and innovative electronic-based music Worldwide Groove Corporation fits the bill perfectly!

Ellen and Kurt first became acquainted when they were each getting their Master of Music degree in Media Writing and Production from the University of Miami in Coral Gables, FL.  After both graduating, they eventually began collaborating on various composing and music production jobs for clients. Between the work of Kurt and Ellen, their music has been used in independent feature films, on national TV ad campaigns for brands and TV shows such as Samsung and Grey’s Anatomy, in TV shows such as One Tree Hill and Inside Fame, and discussed at international arts festivals in Europe. Worldwide Groove Corporation’s string arrangements have been featured on records for artists such as Third Day and Plumb, and they are known for their talent of reinvention which is evident in their classic country remixes and their treatment of old jazz standards on their 2007 record “Fever: Chillodesiac Lounge, vol. 1”.

From this record, their instrumental track “Smoke & Mirrors” topped the chart on the Sirius XM chill station for two months, and several tracks have appeared on compilations around the world. Fifteen DJs in 10 different countries contributed their amazing talents to the WGC remix releases in 2009, giving them a tremendous global connection.

As artists, in July 2014 WGC began the “Year of the Groove” with the announcement that they will put out one new release a month for at least a year.  These releases will be singles and small EPs, and they will be expanding their musical umbrella, ranging from purely fun electro pop to deeper more emotionally complex downtempo leanings.